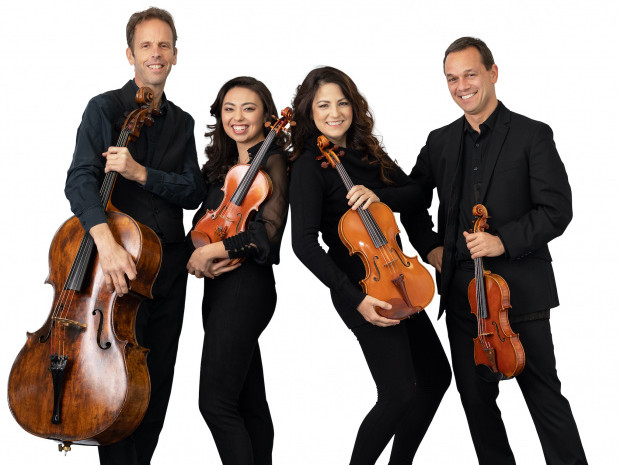 One of the most unique and sought-after chamber ensembles on the concert stage today, the Carpe Diem String Quartet is a boundary-breaking ensemble that has earned widespread critical and audience acclaim for its innovative programming and electrifying performances. Don't miss their Aug 7-8 at 7 PM program at Rooftop333:

Carpe Diem has become one of America's premier “indie” string quartets without sacrificing its commitment to the traditional quartet repertoire and continues to rack up accolades and awards.